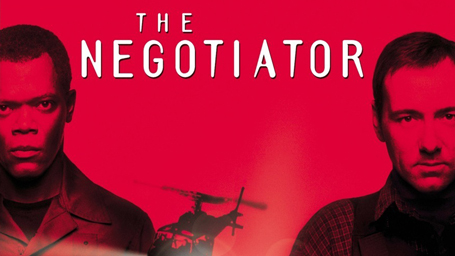 I don’t know about you, but my negotiation skills have been tested to the max lately. It doesn’t matter the time of day, the circumstances, or location. There is going to be some form of negotiating taking place. I’ll give Sophia credit–and probably every other kid, too–they don’t quit. They will low ball you at every turn. They play for keeps. They play dirty. I really am getting plenty of practice and on-the-job training that I have a good idea that I’d succeed–or fail miserably–in a future career as a hostage negotiator or deal-maker/breaker. One of the two.

With all the bedtime & mealtime negotiations I do, I'm pretty well set for my future career as hostage negotiator

I’m gonna talk about the two instances that are daily back-and-forths. Mealtime and bedtime.

Breakfast, lunch, and dinner–it doesn’t matter–it’s a battle to get Sophia to choose what she would like to eat for that meal. And, once she decides on it, actually choosing to eat said food.

And on and on it goes, where it’ll stop, nobody knows! I will say this, we have made some headway on the mealtime issues. This girl is an extremely picky eater–as if I wasn’t exactly the same way as a kid–and we finally are learning the way to get her to not only eat what we make, but try new foods. It’s great, mostly.

We use what are called challenges, learned from our time taking Sophia to occupational therapy, to entice her to try new foods. It prolongs the time at the table, but makes it easier for cooking. The challenges are an art all their own, but they are most definitely a form of negotiating. If you taste this grilled chicken, you can color in your book. Things like that. It’s worked wonders.

This is the one where it takes a seasoned professional to get the job done. You don’t leave your best guys on the bench at crunch time, do you? No, this is where they make the big bucks. I’m not saying that I’m that guy. I’m definitely not. But, I’m serviceable. I’m like the middle of the bullpen guy, who can close a game when all the other guys need a day off. Most times, I’ll get the job done. But, there are plenty of times that I come out on the losing end after getting shelled for 7 runs without recording an out.

From getting out of the tub, picking out pajamas, getting dressed, brushing hair and teeth, ACTUALLY getting into bed, staying in her bed, wanting a drink, choosing how many books to read, how many times to read them, what songs to listen to, what position to lay down in, to stop kicking me in the junk or face… All of that is on the table every night when it comes to bedtime negotiations.

“I wanna read it again! Only one more time! One more, please!”

“Ok, but ONLY one more time and then you HAVE TO GO TO SLEEP.”

And on and on it goes until we reach a compromise. Which is typically me pretending to fall asleep… but, hey, whatever works to close the deal, right?!

What times do you have to negotiate the most with your kids? Let me know in the comments, on Facebook, and Twitter!

3 thoughts on “The Negotiator – Training for My Next Career”