Listen, no one ever said  that parenting was all wins. If you’re a parent and you’ve experienced nothing but wins thus far in your parenting “career”, well I’d like to meet you. And push you down the stairs because you’re a liar. Every day, something is going to make you feel like you’re failing as a parent. Oftentimes, it’s more than once a day.

There are also those “oh shit, what the hell did I just do” moments. ParentFails. I had a nice little DadFail a few weeks ago. It’s still fresh in my mind. What was it? Well, if you haven’t read the title of this post yet, let me fill you in… I accidentally knocked Maddie down an entire flight of hardwood stairs. 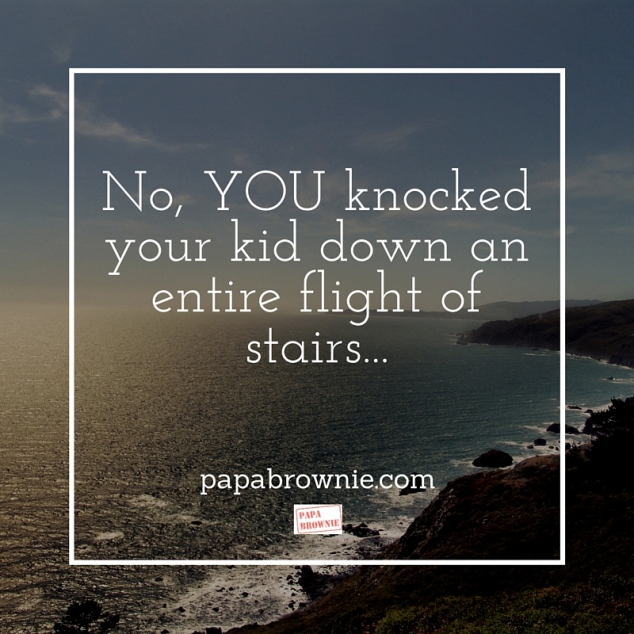 To tell you that I was horrified that I had just killed my kid, or broken her neck, or other bones, would be an understatement. But let me rewind, so you can visualize what happened with me. FLASHBACKS!

Sarah was upstairs putting clothes away. I had some work that I was hoping to get done, so I took Maddie upstairs with me to get a tote of Mega Bloks for her to play with. This is a big tote. A BIG TOTE. So, we (I) grabbed the box and made our way back to the stairwell. Maddie started down the stairs in front of me, as I held the box with both hands in front of me.

Sarah said something so I looked up at her. As I turned my head to start down the stairs, I took one small step and–not realizing Maddie hadn’t actually gone anywhere thanks to the box obstructing my view–I felt my knee touch her back. And then… a flash…

It felt like slow motion. Forward Maddie went. Head first spiraling down the hard steps. There was nothing I could do. I screamed in horror as I saw her first land a few steps from the bottom, bounce, flip, and finally settling on the hardwood floor in the dining room below. I yelled for Sarah as I flew as fast as my feet could carry me down the steps–without falling myself. I tossed the box to the side and picked her up as she screamed in pain.

Sarah flew down behind me. We laid Maddie back down on the floor, checking to make sure nothing was broken. That nothing was out of place. Thankfully, there was nothing but a wicked bruise on her forehead and small cut on her hip. 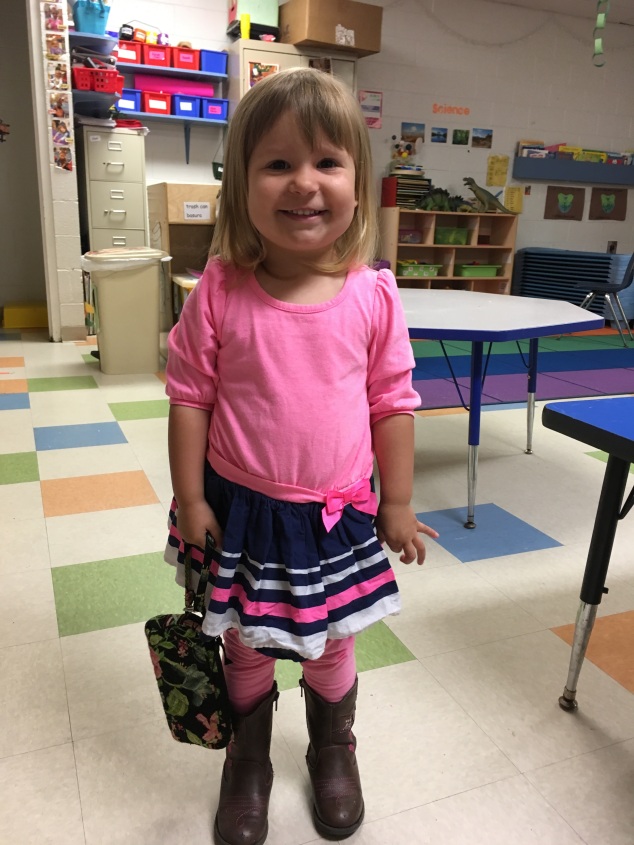 Thanks for the push, Daddy…

As you can imagine, I felt like 100% complete shit. I kept replaying that scene in my head. Watching as Maddie tumbled through the air as I stood there, hands full, and helpless. What did I do? Naturally, I went in the bathroom, sat on the edge of the tub, and put my head in my hands for a good five minutes. But, as Sarah said, it could have been worse!

Bright side? She lived. Downside? Now she tells me not to knock her down the steps again… Jerk!

What is the worst ParentFail you’ve experienced? Don’t tell me none. You’ve had at least 43. Let me know in the comments, on Facebook, or Twitter!

5 thoughts on “DadFail: That Time I Knocked My 2-Year Old Down the Steps”