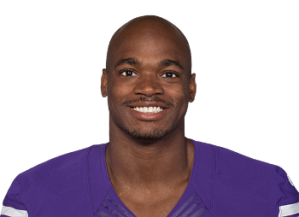 Unless you’re living under a rock, you’ve heard, seen, or talked about the Adrian Peterson story. How he used a switch–a tree branch with no leaves–to give his 4-year old son a “whooping”. Why did his toddler son deserve to get beaten, bruised, cut, and scarred with a branch? He pushed one of Peterson’s other children. He was indicted in Texas by a grand jury on charges of reckless or negligent injury to a child.

You are also probably aware that the Minnesota Vikings deactivated Peterson from Sunday’s game against the Patriots. And then on Monday, decided it was the right thing to do to activate him again, stating ” they will let the legal process play out before deciding on further action.” END_OF_DOCUMENT_TOKEN_TO_BE_REPLACED